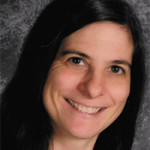 Erin Bueno de Mesquita is delighted to be part of the JCEP teaching team working with Hebrew learners. She was brought up in the reform tradition. She lives in Arlington with her husband Jason and her children Nate and Clara. Nate and Clara, who attended JCEP, are now involved with a variety of teen programs Kol Ami offers. Jason arranges much of the music for the Kol Amites. During the work week Erin teaches English to second language learners at Sleepy Hollow Elementary School. Before becoming an ESOL teacher, she lived in Mexico where she played the French horn professionally for 14 years.

Andrea brings warmth and a wealth of Jewish pride, practices and passion to her services with the youngest members of the community. She is a graduate of Songleader Bootcamp and brought “Rhythm ‘N Ruach” training to the Northern Virginia region this summer, becoming a certified instructor. In addition to these volunteer roles, Andrea has served her synagogue as President and volunteered as an art educator at her local elementary and an officer for Vocal Music Boosters at her local secondary school. By day, Andrea is a legal assistant. She and her husband David live in the Springfield region with their youngest of three children.

Liz Greene is happy to be assisting in the beginning Hebrew class with her husband Jason. She brings a background in education and human development to the class. 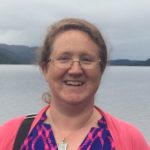 The son of a sabra and the grandson of kibbutzniks, Steve grew up in New York City, where he pursued Jewish learning (or it pursued him) as far as a flop of a semester in the Jewish Theological Seminary high school program. He played the violin (still does), became a public radio producer and then a civil rights lawyer and law teacher, and has lived in Virginia and D.C. since the early 1980s. He’s been a ba’al koreh (the fancy term for a Torah reader) at Agudas Achim in Alexandria, and at Adas Israel, the Sixth & I Historic Synagogue, and the Hill Havurah in D.C. He and his cellist spouse Emily Toll came to Kol Ami with their son Noah in 2013, drawn to JCEP in particular. (Noah’s Bar Mitzvah was at Kol Ami in 2017.) Steve taught Hebrew to a small JCEP class of “older beginners” in 2013-14, and has taught more advanced Hebrew and Jewish studies since then, always looking for fun ways to demystify our language and tradition and make them more interesting.

Dr. Richard Ruth, a member of Kol Ami, is a clinical psychologist in private practice; he is also an associate professor at the George Washington University Center for Professional Psychology and on the steering committee of the Child and Adolescent Psychotherapy Program at the Washington School of Psychiatry. He is trilingual (Spanish and Yiddish) and lived and worked in South America, Europe and the Caribbean before settling in Arlington. When not watching Law and Order reruns or lost in a book, he can often be found at Kol Ami services, singing heartily if not always in tune. 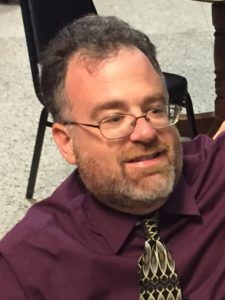 Jason Weiss is happy to return to teaching beginning Hebrew this year and to begin teaching Jewish studies.  He was raised in Baltimore and attended synagogue regularly growing up. He is an attorney by trained and practiced criminal defense for a few years in San Antonio, TX.  After moving to the DC area it took him a few years t find a Synagogue that fit. He has one daughter, Sarah, who is in fourth grade and attends JCEP. His wife, Liz, often helps with class.  He is looking for ways to make learning Hebrew and about Judaism more fun and to try to kindle the love of learning about Judaism in his students.