Richard Ruth is retired from his work as a professor of clinical psychology and interdisciplinary LGBT health, and is studying to become a rabbi. He has rusty native Yiddish and is bilingual in Spanish and bicultural. At Kol Ami, he leads services and teaches adult education classes, leads a weekly Pizza and Talmud class for teenagers, organizes a weekly Daf Yomi (Talmud) class for adults, and has helped teenagers and adults learn prayers and prepare for bar and bat mitzvah ceremonies. He is delighted and proud to be beginning his service as Kol Ami’s first rabbinic intern. He lives in Arlington with his husband Jim North, who often brings his musical talents to our services and other activities.

Shaliakh Tzibur (Jewish Spiritual Leader), Community Chaplain, Educator, Word-Artist, and facilitator of important conversations, Hazzan Sabrina Sojourner has been leading services, teaching, and cultivating curiosity within Judaism and beyond for most of her life. Sabrina is welcomed as a featured speaker, Scholar or Guest Artist-in-residence, and faculty at Jewish and secular institutions, conferences, retreats, and gatherings across the country, bringing her authentic self to all she touches.

With Tamara Fish and Meagan Madison, Sabrina is a Co-Founding Director of KHAZBAR: An Oasis in the Desert for Our Diverse Jewish Communities, a resource for gathering, exchanging, mixing, educating, sharing spiritual technology, healing, and centering the diversity of our Jewish people and organizations.

Rabbi Leila Gal Berner was Kol Ami’s founding rabbi and is now Rabbi Emerita. She helped birth us, midwifed us and stood by us as we grew from an idea into a congregation. Rabbi Leila Gal Berner was ordained at the Reconstructionist Rabbinical College and received private ordination from Reb Zalman Schachter-Shalomi z”l. She received a doctorate in medieval Jewish History from UCLA and her Bachelor’s Degree from the Hebrew University of Jerusalem, where she lived for ten years. She is a citizen of both Israel and the United States. Rabbi Leila has taught at some of our country’s leading universities and colleges: Reed and Swarthmore colleges, Emory, George Washington and American universities. At American University, she served for over a decade as Scholar-in-Residence in the Department of Philosophy and Religion. Rabbi Leila also serves as Dean of Students of the Aleph (Alliance for Jewish Renewal) Ordination Program where she teaches rabbinical and cantorial students how to passionately, creatively and lovingly lead the Jewish people into the future. Rabbi Leila has pioneered a new approach to integrating Torah’s wisdom through “Contemplative Torah,” which she has incorporated into a book entitled, Listening with the Ears of the Heart: A Contemplative Approach to the Book of Genesis. Rabbi Leila lives in Maryland with her wife, Franna Ruddell. 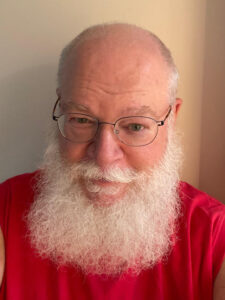 Retired in 2020 after 31 years leading programs at the US Department of State’s School of Language Studies, Jim is a cantorial soloist who frequently leads and supports musical events and services at Kol Ami. A lifelong learner, he currently is pursuing two training programs, the Davvenen’ Leadership Training Institute (DLTI) focused on more effective leadership of synagogue prayer services and the Music for Healing and Transition Program (MHTP) for Certified Music Practitioners, focused on providing healing effects of music and comfort for those in hospice care at end-of-life. An avid knitter and a decent cook, Jim also enjoys gardening, walking in nature, and checking his daily progress on a FitBit and SmartWatch along with caring for his beloved, Dr. Richard Ruth. 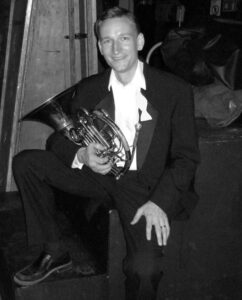 Jason Wright is the music arranger and co-director of the Kol Amite musical ensemble, and the founder and director of the Junior Kol Amites. His prior musical experiences include a 14-year orchestral career in Mexico, during which he and his wife, Erin Bueno de Mesquita, played in the horn sections of three different orchestras.  Jason is currently a district-level employee in the Office of ESOL Services with Fairfax County Public Schools. He continues to perform on French horn in the Washington area and teaches privately. Jason and Erin have two children: Nathan, a freshman music composition major at SUNY Fredonia, and Clara, a sophomore at Wakefield High School in Arlington. 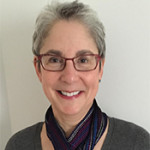 Shana Harbour looks forward to being Kol Ami’s Vice President this year.  Shana grew up in a conservative/traditional Jewish home in Denver, Colorado.  She lives in Arlington with her husband Mark and son Rhys who attends JCEP. She has been a member of Kol Ami for the past six years and really enjoys the community spirit.  Shana has over 25 years of working in environmental policy and protection and currently works for the US Environmental Protection Agency.

Ervin Walter was born in Sweden to Romanian parents. He grew up in an Orthodox home and completed his Jewish studies at the Hebrew Academy of Greater Washington. His Jewish upbringing was shaped by his parents and their many friends representing most of the East European cultures.

Ervin has been a member of Kol Ami since 2003. He was a teacher in the early years of JCEP and was given the remarkable opportunity to teach his children for their B’nai Mitzvah.  He has been on the Steering Committee for many years and is currently the Treasurer.

Ervin is a CPA and a graduate of the University of Maryland where he received his MBA in finance. He is President of Federal Management Services, a software and development company providing research support technologies to the National Institutes of Health.

He is married to Laura and has four children – Elizabeth, Katherine, Melissa, and Benjamin.  He enjoys running, biking, and old-time radio. 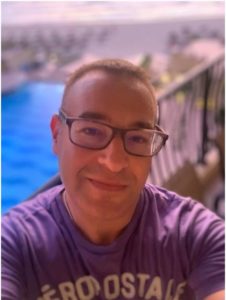 Lance is a native Northern Virginian—since birth, he has resided in Fairfax County, until May 2016, when he made a major geographic move over the county line into Arlington, Virginia (35 miles!).  Lance grew up within the Northern Virginia Jewish community, matriculating through Hebrew school and confirmation classes (post-Bar Mitzvah) at Congregation Olam Tikvah.  While attending James Madison University for undergrad, Lance was an active member of JMU Hillel.

Lance and his husband, David, currently reside in the Potomac Yards area of Arlington, with their spiritual home being Kol Ami. 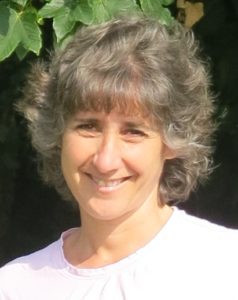 Debbie Linick joined Kol Ami shortly after returning to the DC area with her husband Michael in 2002. Together they raised two daughters in the congregation, Sandi James and Rebecca Linick. Professionally, Debbie has worked in the Jewish community over many years, starting as the Political Director of a pro-Israel PAC and serving over ten years as the Assistant Director and later Director for Virginia and DC at the Jewish Community Relations Council (JCRC) of Greater Washington. At JCRC, she oversaw government and community relations for those regions, including interfaith, media, law enforcement and public-school outreach. Debbie planned Holocaust commemorations and educational activities for the Greater Washington region for 10 years and founded her own digital scrapbooking and photography service, Pictures with Prose LLC. In addition to her work within the Jewish community, Debbie has served in the Departments of Defense and State and chaired committees for the Virginia Interfaith Center for Public Policy, the Interfaith Conference of Metropolitan Washington.

Kol Ami is blessed with a wonderful cadre of lay service leaders. To learn more about them, please visit our Lay Leader page.

Amy Medrick became Kol Ami’s Administrative and Communications Coordinator in 2021.  Her professional background is in non-profit organizations and religious institutions.  Amy and her husband Steve have been married for over 25 years and they have two children – one in college and one in high school.  In her spare time, Amy is an avid science fiction fan and goes to conventions when she has the chance. Amy can be reached at

Kol Ami’s Tot Shabbat Coordinator, Andrea Cate, brings warmth and a wealth of Jewish pride, practices, and passion to her services with the youngest members of the community. She is a graduate of Songleader Bootcamp.  She and her husband David live in the Springfield region with their youngest of three children.